Oliver Stevens, the first documented white man to settle in Brewerton was Oliver Stevens, of Canaan, Connecticut; close to “Old Fort Brewerton” in 1788. He built a house large enough for his wife and children. They made room for trading merchandise and to accommodate the transient guest or two.

About 1794 the Indians had become very troublesome and fear of open hostilities was steadily increasing. Stevens applied to Governor Dewitt Clinton for permission to erect a blockhouse at the expense of the state, for protection. Permission was granted and he erected it near the fort grounds. He constructed a log house between the north shore of the Oneida River and south of the fort site. The blockhouse was built of hewn square timbers, two stories high. It has been recorded that when completed it was surrounded at a distance of four rods by a palisade of logs 12 feet high. It was used as a dwelling place until 1828. After that it was put to various uses, such as a barn and at the same time as a cider mill with a one-horse sweep. The end of the blockhouse came with the erection of the Fort Brewerton House (Hotel) in 1849.

Here Oliver opened a tavern for accommodation of the bateaux-men that navigated the route. He also began a thriving trade with the Indians; exchanging rum, ammunition and provision for their furs, pelts, etc. The nearest market where he could purchase his supplies and dispose of his barter was Fort Stanwix in Rome. 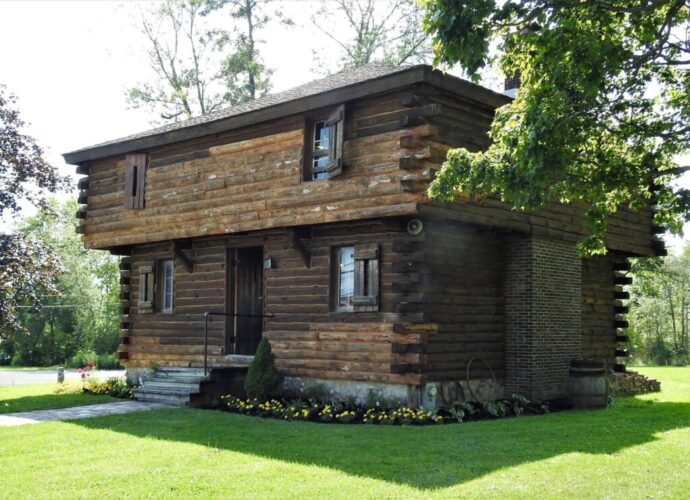 The reconstructed Oliver Stevens blockhouse in Brewerton. Stevens operated a tavern here for the bateaux men who traveled the route the route and traded with the Indians for furs. 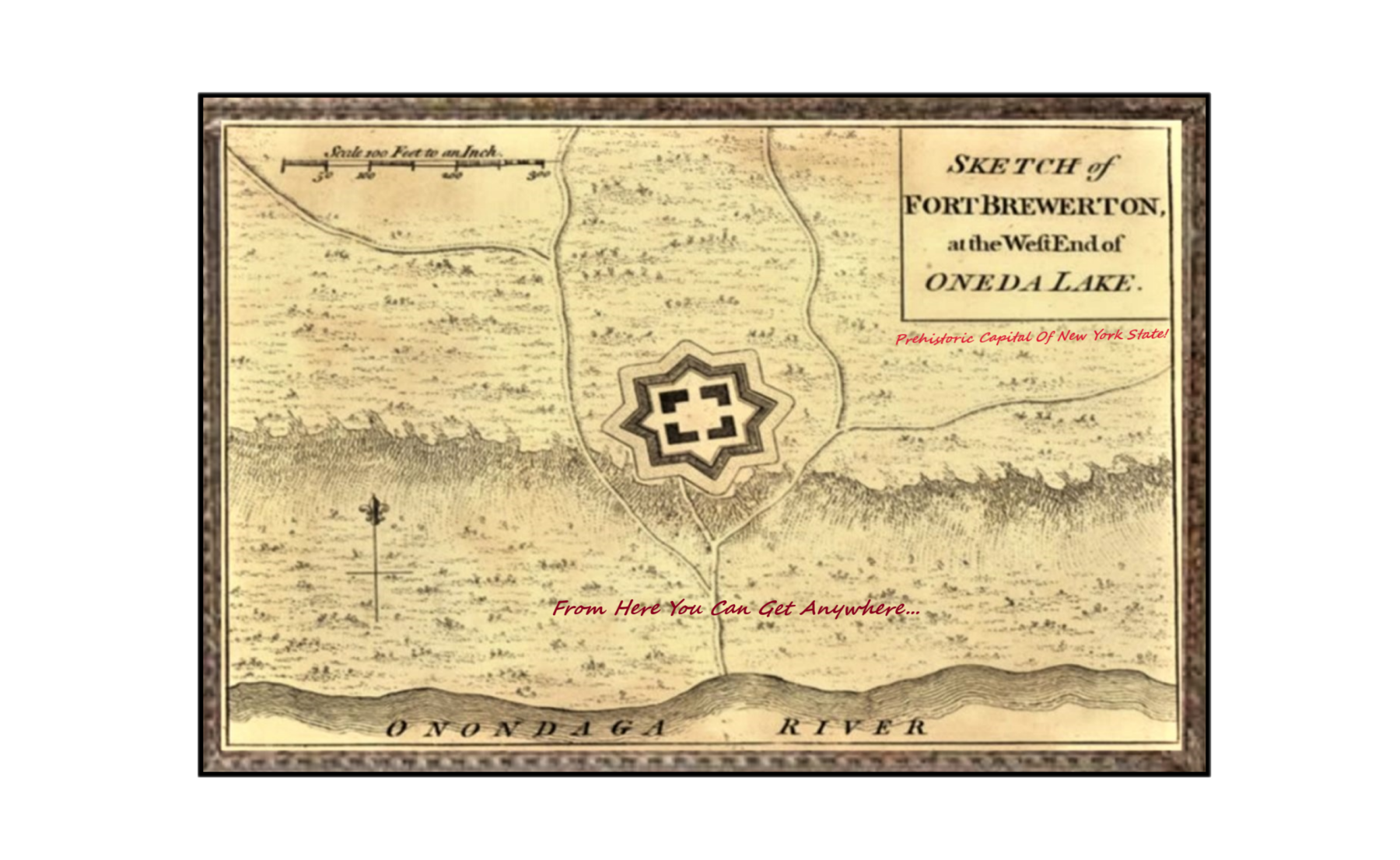 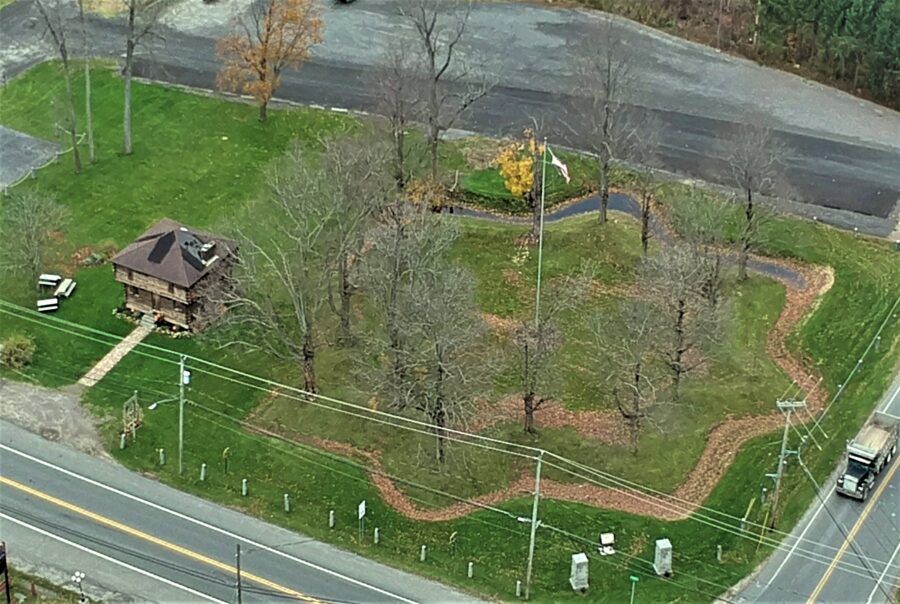 When the British reclaimed control of the Mohawk Valley/Lake Ontario water route, Fort Brewerton was erected at the west end of Lake Oneida to serve primarily as a communications link between Fort Stanwix and Fort Ontario. Completed in 1759 under the supervision of Captain George Brewerton, the fort’s footprint was an 8-pointed star, each of the projections extending about 30 feet, the resulting 480-foot parapet defended by four 3-lb. swivel guns. Girding the perimeter was an earthen embankment and 20-foot high
loop holed stockade, all surrounded by a protective ditch.

That first cold winter of 1759–1760 saw Fort Brewerton playing host to a detachment of 30 of Rogers Rangers under the command of Captain Joseph Waite. In February, Captain Waite made a recruiting trip east and reported with 73 additional recruits to Lord Jeffery Amherst at Albany, who ordered him to Fort Ontario with those men and the 30 awaiting him at Fort Brewerton to prepare to take part in the final assault on Montréal. Fort Brewerton’s usefulness as a military installation had passed. The garrison was maintained from the collapse of New France until the end of Pontiac’s Rebellion, but in 1767, in accordance with treaty obligations, it was dismantled. The original earthworks of the fort still exist and are adjacent to the reconstruction of a 1790s blockhouse named forbOliver Stevens, the first European settler in Brewerton. The blockhouse accommodates ab museum containing a collection of period artifacts.