Native American occupied the surrounding territory of what is now known as Brewerton, NY. For thousands of years, local waterways were considered important east/west travel routes for the indigenous people. A set f rocky rapids across the river connected a well travelled Native-American footpath from Pennsylvania to Canada.

This area was considered the “Prehistoric capitol of New York State.” A perfect position for a British fortification during the French and Indian Wars (1754-1763.) 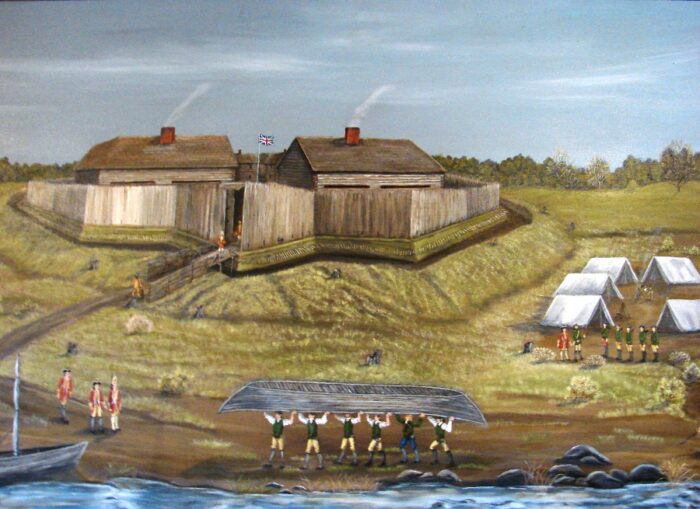